Does news this week about binge drinking and sunburns suggest sunburns happen more often in places like Margaritaville?  A study published this week in JAMA Dermatology found that more than 1 in 3 American adults got a sunburn in 2015.  The CDC asked 30,000 American adults about their sunburn history and experts crunching those numbers found that binge drinking was associated with sunburns. 45% of binge drinkers had a sunburn in the past year, but only 35% of non-binge drinkers got a sunburn.  And new startling numbers from the CDC out today about binge drinking in America–17% of Americans binge drink. That’s five or more drinks for men or four or more drinks for women in a 2-hour period.   On average binge-drinkers binge drink once a week and consume an average of 7 drinks per binge-drinking episode. That adds up to more than 75 binge drinks per American adult per year!   And by the way, half of binge drinks were consumed by Americans 35 or older.

So where exactly is Margaritaville?  According to Jimmy Buffett’s website www.Margaritaville.com, Margaritaville is a place “in your mind,” but in my google exploration I learned that there are more than a dozen sun-filled Margaritaville resorts and places to visit!  But please pack (and use) your SPF (and reapply every 2 hours) and of course, drink responsibly! 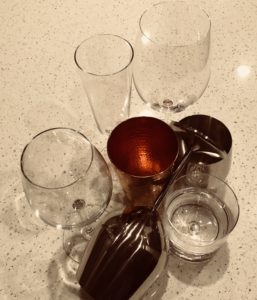