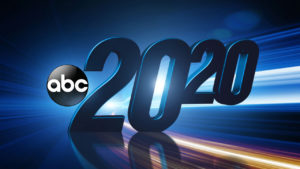 I get to work on a show that has been on television for over 40 years.  ABC News’ 20/20 first aired on June 6, 1978.  Now in its 41st season, the show is a kind of television legend with in-depth reporting and compelling storytelling.   The 20/20 team also produces hours of television that help share American stories not often told with the “Hidden America” series.  And Americans often turn to 20/20 for hour-long specials for breaking news stories.

This week, 20/20’s past and present were inducted into the prestigious 2018 Broadcasting and Cable Hall of Fame.  I’m honored to be on this team and to share in this excitement with this year’s other inductees.

Take a look at the 2018 Broadcasting & Cable Hall of Fame honorees:

Carole Cooper and Richard Leibner, Agents and Special Advisers to the UTA Board of Directors