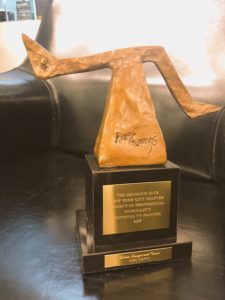 The ABC News special “My Reality: A Hidden America” presented a powerful portrait of Americans struggling to stay in the middle class.   The story received the 2017 National TV Feature Deadline Club Award.

Diane Sawyer and the Hidden America team followed American families for more than a year in their pursuit of the American dream.  The story sparked conversation on the middle class struggle, income inequality and the concept of a living wage.